Get your slow dance on 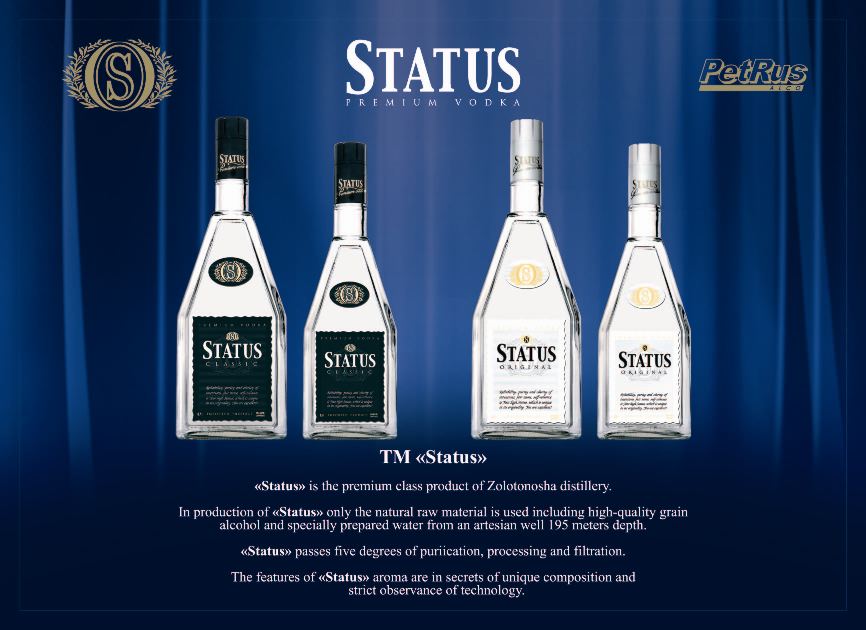 Having been a ‘freelancer’ or ‘contract worker’ for as long as I can remember, I’m not normally invited to corporate Christmas parties. In fact, I think the last one I went to was while on my work placement at Nominet when I was at University, and that’s a seriously long time ago.

However, whatever I’ve missed out on over the years was all made up for last night at the MIG/JN1 Corporate party for Christmas/New Year/Hanukkah/Old New Year/Arsenal Kyiv football club’s birthday.

Yeah, I know its a bit late for most of those things, but what can I say? logic doesn’t always apply here in Ukraine.

Anyway, let me try to describe…

Held in a large nightclub, the place was kitted out with all the usual ‘corporate party stuff’ but with the addition of loud nighclub speakers and lots of disco lights.  On each table was wine (two bottles), Champagne, soft-drinks, food, water and two litres of the amusingly-named ‘Status’ vodka. One litre of ‘Platinum’ and one bottle of ‘Black Diamond’, but there was some disagreement over which one was the bestest.

I don’t know what ‘status’ the vodka gives you other than ‘drunk as hell’ but still, you get the idea. The party was, like many thinks in Ukraine, big, loud, colourful and lots of booze was involved.  And, if this wasn’t enough – we had a stage show. No, we had a stage extravaganza! and as everyone around me threw-back more and more vodka, I sat and watched some sadomasochistic Ukrainian girls in skimpy leather leotards wiggling and singing about being ‘Oligarch girls’ – complete with a Janet Jackson nipple-slip incident.

This was followed by some relatively normal singing until normality went back out the window when some almost-naked g-string wearing ‘dancers’ arrived to dance around, under, over and on-top of a pole.

It was quite a show and it was all interspersed by some bizarrely random comparing and party games which included a showdown between a man with a mullet who had to make a loud horse noise, my colleague Larisa who had to laugh out loud like a demented baby, and Vasya (Woody) the sound engineer who had to make a noise like a Donkey.  After some serious looking mental preparation, Woody won with the loudest human-donkey-orgasm noise I’ve ever heard.

Oh, and there was a guy who looked like a chubby David Baddiel who sang loud songs and made everyone do the conga around the tables.

On the screen above the stage, we were treated to a weird selection of Nirvana videos, fish swimming, men playing drums, and occasional English language texts that said stuff like “I’m very bored”.

Woody going at it

Now, if you don’t know any Ukrainians, there’s one thing you should know – they love to dance! and, while a singing Gypsy (yes I’m serious) sang a funky bunch of pop songs, his sexy backing dancers and most of my company bounced the night away on the dance floor. 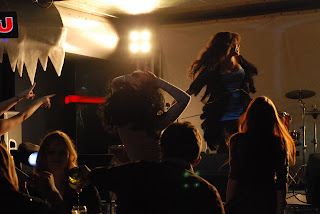 The whole thing was, as my colleague described it ‘relentless’.

But, it was relentless in an entertaining way and also a lot of fun to watch. The food was good and its really nice to see everyone outside of the relative calm of our office.  It was also brilliant to see some good-old-fashioned slow dancing.  I haven’t seen slow dancing since I was at a school disco, but the Ukrainians never gave it up. The UK really needs to bring back slow dancing.

No prizes for guessing what they're talking about